Well,
I bet you’ve just been wondering where the heck I have been???  Don’t worry.  It’s basketball season, which means extra work, extra practices, two or more games on Saturdays…..lots and lots of stuff.  Following my own advice, I ditched passed off my PTA responsibilities, got rid of a lot of junk stuff (mostly clothes and shoes) at my house, and reorganized a few things. 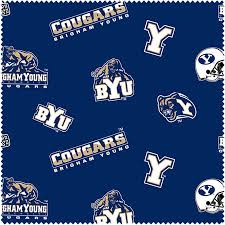 In the last couple of months, we found out that Scuff was accepted to BYU!!  Woohoo!!  But they didn’t have any more slots for him in fall, so in order to attend in the fall, he has to attend in the summer.  That gives him an entire week between graduation and the beginning of his college career.  He did finish his Eagle scout project and he has one merit badge left to complete.  He has been feeling a little stress and we have been doing plenty of leg work to get him ready to go.

Our missionary comes home in two months!!  Yippeee!!  One, two!  That’s it!  My little boys have grown out of their pants, for the fourth time this school year!!  And my little baby growls now…..so cute!  That is what has been happening at our house…. Oh ya…..and this week is selection SUNDAY!!  Monday morning my entire family will be busy filling out their NCAA tournament brackets so we can watch basketball for three entire days beginning a week from today.  We will eat, joke, laugh, (some of us will cry a little and have a bad attitude because the team we want to win is out already in the first or second round), and we will just sit back and enjoy each others company while the rest of the world rolls on by.

As long as they followed the directions of the Liahona (which worked according to their faith–when they were doing what they were supposed to….) they were kept in the most fertile parts of the wilderness.  The Lord wanted them to be taken care of and to be comfortable.  He planned for their comfort and their needs.  That area around them is pretty barren.  What would happen if/when they were unwilling to do what the Lord wanted them to??  I imagine their journey would have been much more difficult and uncomfortable.

They were not exempt from trials during their journey in the more fertile parts of the wilderness.  Even though the Lord planned for their comfort, they also encountered some significant and difficult trials.  This is where Nephi breaks his bow and because they have been traveling for so long, they are more fatigued and hungry.  They begin to murmur.  Don’t forget Laman and Lemuel have been trying to kill Nephi every time they get really upset.

They took time out to stop and rest.  It is OK and necessary to stop the world and get off.  That doesn’t mean that we hide from our responsibilities, but periodically, we should stop and evaluate where we are, where we are going, and if what we are doing will get us there.  Sometimes we just need to rest.  That may mean a weekend of not answering the phone, a quick trip out of town, making time for the temple or getting in touch with nature.  Today, my time out was just to blog and read the scriptures.

This is where I stopped my pondering because people needed me: If, as in verse 15, they were using their bows and arrows, slings and stones, why is everyone so upset at NEPHI for breaking his bow?  Weren’t they all responsible for finding food??  Didn’t they all have tools for doing that?  So why is everyone giving Nephi grief?  It obviously wasn’t only HIS fault.  Others had responsibilities too.

So for application:
The Lord wants me to be comfortable and to have the things I need.
Even when He gives me the things I need, I will have trials and tests and growing experiences that are difficult for me.
It is good to take time out.
When things are going wrong, are there other things I could be doing instead of blaming someone else?  Am I doing what I CAN do?