Mom and Dad–simple enough for a two-year-old.

My little two-year-old loves Blue’s Clues.  If you don’t know what that is, just google it.  It is no longer on the air, so we rent the videos from the library so he can watch them.  (As a side note, I am extremely picky about what my children watch on TV…some people think I am crazy and that is OK.  I only let them watch shows that I think are educational in some way.  I love the ones that are educational and entertaining, and Blue’s Clues is certainly that.  Teaching my little ones to think is highest on my list, so shows that especially teach logic and reasoning are my very favorite.) 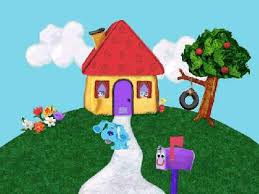 Blue’s Clues has several characters on their show.  Two are Mr. Salt and Mrs. Pepper.  As you can see, they literally are the salt and pepper shakers in the kitchen, who talk, of course, and have two children, Paprika and Cinnamon (they are also shakers).  Spike Spike has been watching Blue’s Clues for about four months now.  He is familiar with the show and the characters and the format.  Yesterday, while he was watching the rented Blue’s Clues video for probably the 20th time, he pointed to Mrs. Pepper (which he can say) and he said, “Mom.” 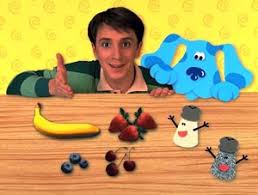 I was impressed.  I was more impressed when we were standing in the doorway to the chapel as sacrament meeting was ending and a man with unkempt hair, jeans, tennis shoes and a T-shirt, walked in the front door and removed his hat.  My little two-year-old pointed to him and said, “Dad.”  Now, he did not confuse this man for his dad.  He was simply stating, he is a dad.  I’m sure it was because he is a man.  But I realized that in the two hours I had spent with my little man, he knew that women are mothers, or Mom, and men are fathers, or Dad.  A Mom and a Dad, and each child deserves both, because mothers and fathers are different in how they view children and the unique gifts each of them bring to the table of child-rearing and family.

When we debate in the public square and the courts the merits of same-sex ‘marriage’ and family status, we are debating the merits in terms of adults.  Most of the time, we are neglecting the voices of the children, who have no one to speak for them, except adults.

The family is ordained of God. Marriage between man and woman is essential to His eternal plan. Children are entitled to birth within the bonds of matrimony, and to be reared by a father and a mother who honor marital vows with complete fidelity. Happiness in family life is most likely to be achieved when founded upon the teachings of the Lord Jesus Christ. Successful marriages and families are established and maintained on principles of faith, prayer, repentance, forgiveness, respect, love, compassion, work, and wholesome recreational activities. By divine design, fathers are to preside over their families in love and righteousness and are responsible to provide the necessities of life and protection for their families. Mothers are primarily responsible for the nurture of their children. In these sacred responsibilities, fathers and mothers are obligated to help one another as equal partners. Disability, death, or other circumstances may necessitate individual adaptation. Extended families should lend support when needed.  The Family: A Proclamation to the World

Children have a RIGHT to be reared by a mother and a father, both, not one, not two mothers, not two fathers.  Two parents of same gender is not the issue, it is two parents of opposite gender.  Children, each and every child, are ENTITLED to a mother AND a father.  Both.  Period.

Now, we all know that is not possible in each and every situation.  That may be the reality, but that is not how God intended it to be.  Why do you think it takes one of each, a man and a woman to actually bring a child into the world.  Before our advances in modern technology, it wasn’t possible for a woman to conceive without ever being with a man.  There was a stigma against mothers who had children out of wedlock.  Regardless of the changes in our modern society, it was always intended that a child would have a mother and a father, even if during their life times that may change due to death, illness, war, etc…

I was deeply moved recently by this video.  Professor Lopez  I tried to embed the video here, but I can’t seem to find the right title for the video to upload it.  Watch it.  It will only take you 8 minutes.  Professor Lopez was raised by a lesbian couple.  He aspired to be a homosexual (his own words).  Then he fell in love with a woman, and had a child.  Now his perspective has changed.  He believes children have a right to a mother and a father.  I really appreciated his comments and his willingness to share experiences deeply personal to him.

We must consider the needs of the children in our discussions of what adults want.  We need to build our society around what is best for children and strive to reach for the ideal for each and every child, knowing that we will fall short.  The more we strive for the ideal, however, the more children will have their rights available.  The more we think about the rights of the children and as adults, stand up for those who cannot speak for themselves, the healthier and happier our society will be.

Its simple enough that even a two-year-old understands.  Happy Monday.