Recently I began reading the Book of Mormon again from the beginning.  I love the beginning.  I love reading Nephi’s words!  I love his story and I love his faith!  One of my favorite sermons is after his brothers are complaining and murmuring and withholding their labor from him in his efforts to build a ship.  As Nephi sorrows over their obnoxiousness, his brothers begin to rejoice and say things like, “Ya….we knew you couldn’t do it!!  You are just like Dad, thinking you can do these great things.  Right!”  Then he pretty much rails on them by bringing up the history of things they agree with, like Moses freeing the children of Israel from Egypt and the many, many miracles that happened as they traveled through the desert for 40 years and then eventually kick the people out of the land they used to live in (you know, before they were slaves in Egypt, so its been a while), and then inhabit that land. 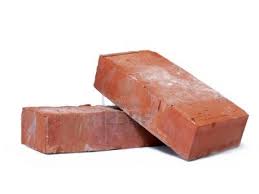 As I was reading that part of the story (1st Nephi 17) , these verses hit me like a ton of bricks:

49 And it came to pass that I, Nephi, said unto them that they should murmur no more against their father; neither should they withhold their labor from me, for God had commanded me that I should abuild a ship.

50 And I said unto them: aIf God had commanded me to do all things I could do them. If he should command me that I should say unto this water, be thou earth, it should be earth; and if I should say it, it would be done.
51 And now, if the Lord has such great power, and has wrought so many miracles among the children of men, how is it that he cannot ainstruct me, that I should build a ship?
I had this thought, “Our Heavenly Father is all powerful and He knows everything.  Of course he could instruct Nephi how to build a ship.”  I believe he did.  Nephi was not a ship maker.  He didn’t come from some amazing ship building family.  I kind of think that maybe when the Lord told him, ‘Hey, I want you to build a ship,’ he might have said, ‘What?!  You realize I have never done that before, right?’  Instead, the record says Nephi then asked where he needed to go to find ore, because he didn’t even have tools.  OK so the prophet had to make his own tools so he could then build a ship??!!!  Yep!
Then he did it, and they sailed across the Atlantic Ocean!  It was an impressive ship.
But how does this apply to me?  Luckily, the Lord has not asked me to build a ship.  He has, however, asked me to do some things I do not feel qualified for or capable of.  They are completely overwhelming to me and I feel like He asked me to build a ship—things I know nothing about, have no experience with and do not know how to start, let alone how to finish.
But here’s the deal.  The Lord does know how to do those things.  He has all power and all knowledge.  I believe that.  He knows how to do the things He has asked me to do.  (And He knows I can do them, or He wouldn’t have asked me to do it!)  I know how to listen to Him.  I know how to follow His instructions.  I still have just been completely terrified to try because I am afraid to fail.
Then, today, I came across this verse:
2nd Nephi 2:
6 Wherefore, aredemption cometh in and through the bHoly cMessiah; for he is full of dgrace and truth.

Now, what does that have to do with our conversation?  I’ll give you a hint:  for he is full of dgrace and truth.

Elder Bednar:
In my personal scripture study, I often insert the term “enabling power” whenever I encounter the word grace. Consider, for example, this verse with which we are all familiar: “We know that it is by grace that we are saved, after all we can do” (2 Nephi 25:23). I believe we can learn much about this vital aspect of the Atonement if we will insert “enabling and strengthening power” each time we find the word grace in the scriptures.

If I insert the words ‘enabling power’ into that scripture, it sounds like this, “Wherefore, redemption cometh in and through the Holy Messiah; for he is full of enabling power and truth.”  That means, with the Savior’s help, I can do all things that are asked of me, by the Lord.  I have the power to do it, even when I do not think I do, because He will help me through his grace, which he is ‘full of’ according to Lehi.  He can instruct me to do things I do not know how to, and things that are completely overwhelming to me, just like he instructed Nephi to build a ship.

What has the Lord asked you to do that seems overwhelming and impossible?  Have you asked for the enabling power of the Atonement to help you along?