In the Trenches!–Family First Friday #19

While I was at Slim’s graduation, I had plenty of time to contemplate life and the cosmos.  As I relished in the quiet and the lack of people demanding my attention and time, enjoyed having all of my meals prepared for me, someone else cleaning the bathroom and cleaning up after dinner, not worrying about laundry or housework or children or service to those who live by me or homework, I just soaked in the solitude.  I drank deeply of the peace that surrounded me.

Don’t get me wrong, I love people!  But the older I get, the more I enjoy solitude.  Maybe it is because I have so little of it.  I love sitting in the morning sun, watching nature around me as the world wakes up.  The warmth of early morning sunrise, the smell of the new day—-time to be alone with my thoughts, time to commune with God, my Father in Heaven.  Oh Solitude!  Thy name is Peace! Envelop me in tranquility!

There is a lot to be said for helping one another to claw and scrape through daily mortal mire, to hear the lament and tales of another, to problem solve, and to comfort and assist, to bear another’s burden, or at least assist in the process.  That brings us humanity, charity, closer to our eternal goals and becoming of the Christ-like character we hope to emulate.

Those ties and demands upon us—-the children, a spouse, parents, neighbors—those relationships keep us real, keep us grounded, hone our appetites, desires, and passions as we make sacrifice for one another.  Those ties that bind—-that is reality.  Continued solitude is selfishness—necessary on occasion, but too much is good for neither man nor woman.

As I sat around pondering for those four days, I recognized that the life I was participating in at that moment was all fluff.  It was not a thing of eternity.   I wasn’t doing anything that was going to help anyone else reach their exaltation.  In  that moment, I recognized that the true battles are won and lost in the home, doing the mundane, the things I do every single day, that is where the fight is won and lost, in the trenches of motherhood.  I was up to my eyeballs in that scenario.

It was good to get some perspective and to receive a little grounding.  For I have been exhausted and quite weary in well-doing.  I have been thinking that the grass IS greener on the other side and I have been ready for quite a while, to jump ship and go build Zion somewhere else.  The truth of the matter though, is that my ‘exhausted in Zion building’ syndrome would follow me, being that the magnitude of my work, I live with.  So living somewhere else with a few different people, but all of the important and significant and exhausting ones living within the walls of my home, really wasn’t going to change anything, except that I would probably have more stress because these darling children of mine would be more discombobulated because of a move.  Lovely, how I would create my own drama!  Oy!

So this great morning, I was reading my Doctrine and Covenants, and came across this scripture:

64:33-34
Wherefore, be not weary in well-doing, for ye are laying the foundation of a great work.  And out of small things proceedeth that which is great.
Behold, the Lord requireth the heart and a willing mind; and the willing and obedient shall eat the good of the land of Zion in these last days.

As tired as I am, I am laying the foundation of a great work!  I know that.  But sometimes foundation building is just exhausting.  I mean seriously, when all you do all day is go around slapping down cement and fitting two by fours for the erection of some major house, it is hard to get excited about what the gardens are going to look like, everything is always gray! 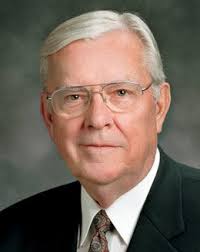 He said as he was sharing part of the dedicatory prayer of the new Arizona temple, in effect:

[All temples] are a “a sanctuary of serenity, a refuge from the storms of life, and the noise of the world.  May [the temple] be a house of quiet contemplation, concerning the eternal nature of life and Thy divine plan for us.” 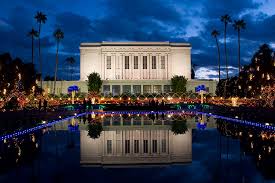 Then he continued his personal remarks (speaking to the young adults):

“Satan is working overtime to confuse God’s sons and daughters and divert the very elect from fulfilling their duty and receiving a fulness of the Lord’s blessings.  Satan wants you to stop practicing good habits you learned on your missions, such as having daily scripture study, praying daily, worthily partaking of the sacrament weekly and giving genuine heartfelt service.  He also wants you to stand on the sidelines in today’s important crucial battles.

Remember my dear young people, we at at war!  But not a war of guns and bullets.  Nevertheless, the war is real, with countless human casualties.  The war is in fact a continuation of the one that began in the premortal world existence.

Paul invited us to put on the whole armor of God, he said, “For we wrestle not against flesh and blood, but against principalities, against powers, against the rulers of darkness of this world, against spiritual wickedness in high places.”

As an apostle of the Lord Jesus Christ, I invite all of you within the sound of my voice in the vast world that we now live in to put on the whole armor of God and join the battle today, like the sons of Helaman did so many years ago.  Don’t wait until you get married, or start your life long career or get older.  The church needs our youth now!  The Lord needs you now!….

You young men and women are the modern sons and daughters of Helaman.  May it be said of you as it was said of them, they became now at this period of time, a great support…..”

And guess what?  You and I are their parents, those who were so strong in the conviction of their repentance and love for the Savior, that they buried the weapons of their rebellion, never to pick them up again, but to lose their lives first. 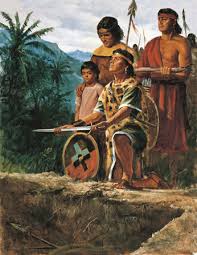 We need to set that kind of example for our modern stripling warriors.  We need to remind them every day of who they are, what they are to do, and why they are to do it.  This is our battle as much as it is theirs.  We are at war.  And we are in the trenches of mortality, where the battles for the souls of men are won and lost.  May we be true to our stewardship and not diverted from our duty!

← Mother’s Day!
The Lord is in the Details →