Our trip down memory lane.

Here is the breakdown of our trip:

Thursday:  We drove all day.  Began at 5 a.m. and drove until midnight, Utah time.  It was exhausting but we made it.  I was so very, very grateful that we didn’t still live in horse and buggy days or even when only the train was available.  The hotel we stayed in was clean but super old and not well maintained.  The epitome symbolizing its quality—the art on the walls was upside down.  It wasn’t a joke because I tried to flip them over and hang them right side up but there wasn’t the right hardware to hang it that way.  Crazy.

Friday morning:  We skipped the continental breakfast because it was not worth our time.  Orientation started at 9 so we took Sport over to the WSC (Wilkenson Center), ate something at the food court, got him all checked into orientation and then Drew, Spanky, and I went to do a session at the Provo temple.  I just felt like I was home.  We had lunch at the cafeteria and then went to visit our friends in Payson.

We spent a couple of hours getting caught up and visiting.  Then we had to pick up Sport from orientation and get him all checked in to his new apartment.  It took the boys about half an hour to get through with their stuff in the main building and to get their keys.  Then we went to their apartment and unloaded their luggage.  While Spanky was getting settled, we took Sport to the Creamery for some groceries.

Then we took the boys to our favorite restaurant in Provo:  Los Hermanos!  The prices have doubled–but it has been more than 15 years since we have been there.  It was delicious and fun—but more expensive than we had planned.  It was so yummy!!  We also got to see the construction of the new Provo temple, because Los Hermanos is just across the street!!  It was a sweet blessing because when Drew and I lived there before, we attended our stake conferences in the old Provo tabernacle.  To know and see that it is being turned into a temple, was really cool.  The angel Moroni was on top of the building/temple already!! 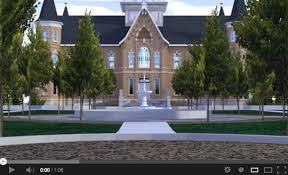 Then we dropped the boys off and spent the evening with Darren and Kimberly. 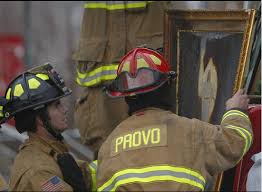 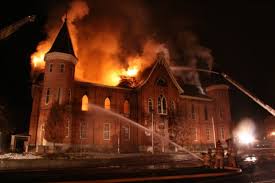 Saturday:  We spent the entire day with our Payson friends and their family.  Drew and Darren watched the Yankees lose (Darren’s team) and then the Dodgers lose (Drew’s team) and then some World Cup Soccer.  Watching sports and hanging out is what Drew and Darren would do in our early marriage.  Darren had several back surgeries and there wasn’t much he could do.  But both of those men could talk sports and doctrine—that solidified their friendship forever!  (even though Darren is a Yankees fan!)  With Darren’s current level of health, that is about all he can do again, so having a day that Drew could do that with him was a treat!

Saturday evening, we went to a little diner in Payson called One Man Band.  The cook stays behind the counter, menus are on the table.  You pick up the phone at your table and call your order into the counter.  She cooks it and tells you it is ready and then you go and pick it up.  It was an easy place for Darren to get in and out of with his wheelchair and we were all dressed up in our jeans and sweats, so it was fun.  They also have a jukebox that plays 20 songs for a dollar!  Darren chose the music and we just visited with each other.  After dinner, Darren and Kimberly took us on a driving tour of Payson and we got to see the construction site of their new temple.  It will be completed soon I think, probably before the Provo one.

Sunday was amazing!  Darren and Kimberly started church at 9 a.m.  Drew and I decided to attend our old ward:  Oak Hills 2nd.  We bumped into several people who still live there and knew us.  The entire time we were there I just felt like we had come home.  I just relaxed and enjoyed the Spirit.  The chapel was full and so were the seats half way into the gym—for a ward!!!  Two musical numbers and three speakers—OH the music!  I forgot how amazing the music is in Sacrament meeting!  They have some professional musicians in that ward!  A mom with two young children sat next to us on our bench.  Her children were well behaved but typical children.  She had quiet toys to keep them busy.  After sacrament meeting she said to me, “You must have children or something.  You just have a way with children and I felt no judgment from you at all!  Thank you!”  So I told her that she was right, I had nine.

At least 32 other adults were teaching classes, primary or Sunday school!  Crazy Awesome!  I think we have that many adults attending Sunday school and Primary altogether in my ward!

One of the best gifts of the trip for me was vising with Cindy.  I didn’t get to say ‘Hi’ to her at church, but I knew where she lived, so I popped over to say hello.  She had been the Relief Society President when we had lived there before, and I was her vising teaching coordinator.  We spent a lot of time together.  So Drew and I popped over to her house.  She invited us in.  We visited for quite a while and caught up.  During our visit Stephanie Nielsen of Nie Nie Dialogues stopped by (because Cindy is her mother) so we got to visit with her for just a moment or so and I had the opportunity to give her a hug and tell her how much I loved reading her blog and then she was off.

We said our good-byes to Cindy and her husband and then tried to find our boys to say good-bye to them.  We ended up driving around campus for just a little while waiting for them.  About an hour later they called and we went over, said good-bye and headed back to Payson and spent the evening with our friends, laughing and remembering about old times and old people.  In the morning Kimberly told us, “I haven’t laughed that hard in a long time!”  It was a lot of fun and so important for our dear friends!

Monday morning:  We got up, packed up, said good-bye and drove away about 9:30 a.m  We drove all day and landed in Sacramento about 8 p.m.  Drew wanted to drive me to the Sacramento temple and said it would take about 10 minutes.  OK Sure.  So we plugged the coordinates into the GPS.  Drew didn’t like the way we were going and he was sure he knew a better way.  Needless to say, we spent 1/2 an hour looking for it, ignoring the GPS and never got there.  I am positive there is a spiritual application there—in fact, I think I know what it is—I’ll have to put that together and stick it out there later.

Because our Provo hotel wasn’t nice and our Sacramento temple GPS blunder my sweetheart felt bad and took me to stay at a place he knows, a Marriott.  It was fabulous!!  Beautiful, clean, luxurious and pricey!  But the two of us had a wonderful evening and enjoyed a real breakfast at the hotel and then hit the road again so we could drive the rest of the way home.

(To those of our dear friend in Provo/Utah who we didn’t see, just know it isn’t because we don’t love you.  Our time was just so very short!  We would have loved to see you!)

Tuesday:  We arrived home about 3 and had Slim meet us at the rental car place.  By the time we got gas, transferred our belongings and ran an errand for Slim, it was 4.  the kids were anxious to see us and tell us about their days while we were gone.  All of the dishes were dirty and dinner plans had fallen through, so I threw that stuff together.  We ate dinner at 5 and had to be at a baptism by 6.  I was so grateful that I insisted on being home by 3, even though the baptism wasn’t until 6:30.  We needed that time!!

So that was our trip!!

The baptism story is amazing, which is why we had to be home.  Normally we would just let others take care of things, but this one was special.  I’ll tell you about it another day.

← Letter to my Friend
FFF#25–Fighting for the life of their spouse. →