A quick review of yesterday’s craziness 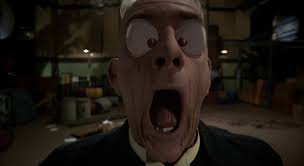 Yesterday Slim and I had a few errands to run.  Among them, stopping at the grocery store to pick up a few things for Speedy before Trek, heading to Staples to print resumes (for Slim), dropping off a resume, and mailing a few things for Spanky and Sport.

We got to the grocery store.  Finished there and put things into the car.  Walked over to Staples.  Finished there.  Got into the car to head to the next errand and the car wouldn’t start.  At first, I thought it was just the battery.  I called Drew and asked if he wanted to take work off early and come and help me.  He said, ‘I really can’t come right now.  Call our home teacher (HT) and see if he can help you out.  OK fine.

We made the phone call and waited.  We were totally boxed in, (had cars all around us in the parking lot) and I didn’t know how we were going to get the jumper cables to reach anyway.  It probably took half an hour before our HT got there.  We made the decision to roll the car into the lane between the parked cars to reach the battery.  Our HT drove in the wrong way so that our engines were next to each other.

I don’t know what was going on in the parking lot that day, but it was chaos.  Probably 20-25 cars drove by us in the parking lot!!  It was crazy!  When we got our hood up, the battery was under some giant fuse box and almost unreachable.  We could hook up the red cable connector, but had to ground the black one because we couldn’t reach it.  After we got that figured out, we just needed to hook it up to our HT’s car.  Well, our HT couldn’t figure out how to get his hood open.  Seriously!  After about 10-15 minutes, I decided to take a look at it.  I couldn’t figure out how to get his hood open!  (There was no little button inside the car that showed the hood or even said pull!)

Just as I decided that I couldn’t find it and stood up, closed the door to his car, the car across the parking lot backed into his car and munched the back end!  Literally……..I stood up seconds before she hit the car!  Scary!  I kind of went to my own car and let her and my HT work out the details and in my mind I just prayed, “Please let me be nice, please let me be kind…..”  My HT and the other lady worked out their details (the whole time we are blocking traffic and having people try to drive around us and others in the parking lot who have witnessed the accident are now just standing around watching).  We decided this was more than we were bargaining for and I made the executive decision to call the tow truck.

I had our HT and Slim push my car back into the stall (because now the lady who had parked next to me was at her car and was patiently waiting until we moved so she could get out).  I called Drew to get the tow truck number.  He, of course, wanted an update and was assuming that we couldn’t get the car jump started.  I told him:  Just give me the tow truck number, I will talk to you about what happened later.  He pushed just a little and I said, Look, this is what happened, just give me the number now!  (Secret information:  I manage a situation, and I manage it and I manage it and I manage it until I cross this line of no longer managing and then I explode at whoever happens to be around.  I have to really, really, really work at being kind in a situation where I am frustrated and irritated, thus the prayer above…)

I got the phone number and sent our HT and Slim to the car shop where we were going to tow the van. (More secret information:  Slim is just like me, only he doesn’t have the same level of patience I do.  He explodes earlier, which is why I sent him away with our HT.)  The tow guys were really nice and it only took them 45 minutes to find me in the parking lot.  While I was waiting I called the car shop and let them know I was coming.  I have had plenty of car issues and so their number is just a permanent part of my cell phone.  The tow truck driver knew his stuff!!  I was so very, very grateful!  He had me lift the hood and then he whacked my car engine a couple of times with a long metal stake and sledge hammer.  I have no idea what he was doing, but my car engine tried to turn over instead of just giving me a ‘click’.  Then he tried the jumper cables.  But there still wasn’t enough juice.

Finally, he rolled the car into the aisle, hooked that baby up to the wench and pulled my van onto his truck.  Then, sweet man, he opened the door for me and closed it after I was inside the cab.  Then we drove to the shop!  None of the other errands made it off the list.

Then, this morning, was emotionally worse.  But I am not going into those details because people who live here with me read my blog.  So that is that!  Maybe tomorrow will be better.  (And yes, I did read my scriptures and say my prayers both days.  Good thing or some of those people would be repeating some of the nasty things I had said to them.  So very glad that I didn’t do that!)