Yesterday, my oldest and my youngest were standing in front of the open refrigerator foraging for food.  I sat at the table eating my lunch.  I heard Spike say, “Ugh!  I don’t know how to make wunch!”  I started laughing.  It was so very cute.  Slim then said, “Me either.  Let’s go ask Mom.”  For the record, Slim does know how to make lunch.  He is a returned missionary and college graduate for crying out loud!  He just doesn’t like to make wunch.  We worked together and got those boys some lunch, which Spike still didn’t eat and then had a melting fit later which is a story for another day.

Stick with me for a moment, I’m going to divert, but I’ll bring it back around.

I recently began my Book of Mormon study again by starting over in first Nephi (because I finally finished reading the Doctrine and Covenants!!).  Yesterday I read the chapter where Nephi is commanded to slay Laban.  As I read that chapter, it occurred to me that Nephi was hesitant to follow the commandment to slay him.  And who wouldn’t be???!!  Really?!  You want me to kill the guy?  I know he hasn’t exactly been kind to us, I mean he did try to kill us and he took all of our stuff.  But seriously?  Kill him?

But as Nephi ponders it and questions his instructions, the Spirit teaches him and directs him.  I have had a similar experience, multiple times (not being instructed to kill someone, mind you).  But when I have questioned my instructions the Lord knows exactly the right sentence to say to get me to do what He needs me to do.  Here is a fairly harmless example:

When Spanky was engaged, his father and I were concerned.  It felt that though he expressed his happiness and excitement of his upcoming nuptials, some little comments he would drop indicated that he may not be listening to the Spirit about whether or not this was the right choice for him.  After several such comments, my husband pulled me aside and said, “You have to talk to him.  He won’t hear it from me.  But he is not listening to the Spirit.”  Great!  I hate those assignments!

I began pondering how and when to speak to Spanky.  These were the thoughts in my head:  When you talk to others about sensitive subjects that you are not sure will be received well, where do you do it?  Oh ya!  Over food.  I need to take Spanky out (it was the morning) to breakfast.  Drew will never go for us splurging on breakfast with the way our budget is.  He wouldn’t think that was cool. 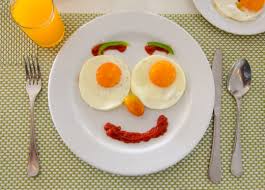 But see??!!  Succinct and to the point.  No beating around the bush.  Decision to act made.

As I pondered Nephi’s experience, it occurred to me that killing Laban was only the first time Nephi was required to kill someone.  We do not have any record of his other experiences there, except for when he is getting ready to die, Jacob says, “The people having loved Nephi exceedingly, he having been a great protector for them, having wielded the sword of Laban in their defense and having labored in all his days for their welfare….” (Jacob 1:10)

We know that after Lehi died, Nephi took his family, sisters, Jacob and Joseph, Zoram and his family, Sam and his family and anyone else who would listen with him as they fled from Laman and Lemuel and their families.  And we know that they had continual battles with them.  So who was Nephi ‘wielding the sword’ at?  Oh, right, that would be his nieces and nephews, probably mostly nephews, but it was against his own family!  Probably not just once, either.  Killing Laban was actually a preparation for other things that Nephi would be required to do later.  The Lord had prepared him.

We know that the Lord prepares His people.  He tells us so.

1st Nephi 3:7
…I will go and do the things which the Lord hath commanded for I know the Lord giveth no commandment unto the children of men save He shall prepare a way that they may accomplish the things which He commandeth them.

In Ether, chapter 2:6, we learn that the Jaredites built barges to cross many waters.  How many did they build?  We do not know exactly.  But when it was time to build the barges to cross the ocean waters, in v16, the Lord says to them, “Go to work and build, after the manner of barges which ye have hitherto built.”

Do you think they learned one or two things in the first and second and third barges they had built about what would be successful and what wouldn’t work?  I think they learned plenty, enough so that when they built the barges for their ocean crossing, it was successful!  Their barges were ‘tight, like unto a dish’.  I’ll tell you what, if I were in one of those barges I would be exceedingly grateful for the practice barges that weren’t required for the ocean voyage!

So the Lord prepared them.  But if you read the verse before that, verse 24, you’ll read: “…for the winds have gone forth out of my mouth and also the rains and the floods have I sent forth.”

Did you get that?

And He will do the same thing for us.  If it feels like you are facing the same trial again, and again, and again, but it just looks a little bit different each time or it is a little more difficult each time, if you look closely, you can recognize the hand of the Lord in preparing you for your journey to your promised land.  He is preparing the way for you to accomplish the battle, challenge, journey in life that you need to take to bring about your eternal exaltation.

He does that because He loves us, because He knows who we are, and He knows what we need.  If we are willing and will listen, He will prepare us for what lies ahead as well.  Just like some day, my little Spike will know how to make ‘wunch’, and Slim has already been taught, even though he doesn’t like it, the Lord will teach us all things that we need to do to be successful in the tasks He lays out for us.  It all ministers to our growth and development.  It is all a part of our personal journey, which is really why comparing ourselves with others is ineffective.  They are on their own personal journey, specifically tailored.

I pray that you and I both will be able to withstand our waves and floods and successfully reach our promised lands, that we will have faith in our Father in Heaven and know that He has prepared a way for us to do what He asks of us!  In the name of His son, even Jesus Christ, Amen.