I have been swimming in craziness this week, and stressed.  I thought if I laid it all out there I might understand why I am stuffing my feelings and feeling crazy.  So here goes. 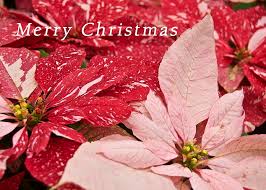 Spike has been sick.  He has been extra clingy and whiny, though he is sleeping alright, and he plays.  So then I forget that he is sick until he coughs or sneezes or I have to wipe his nose.  But he isn’t eating well, which is contributing to his whining.  Last night I was just finished with him even though I hadn’t been home a lot of the day.  That is probably why he has been extra needy, especially yesterday.

I spoke with both Spanky and Sport yesterday about finals, dating, not being home for Christmas, work, and generally their lives.  They are both feeling stressed because finals are coming up and all of their college work is due soon (major papers and projects, etc…).  They needed some Mom support.

Slim is not feeling well and stressed because he is trying to decide if he is taking his last LSAT on Saturday.  He has been trying to study and prepare for weeks.  The closer it gets to Saturday, the more stressed out he is and the more his head hurts.  He is trying to make big decisions about what he should be doing with his life and what it is going to look like for the next little while.  It is causing him significant stress.  So even though he is not asking me for help in making that decision, he is grouchy and physically needy because he doesn’t feel well and is stressed out.

Sun is grouchy and unmotivated because she has procrastinated her homework for months.  The semester ends on December 19th, but her work has to be done by the 12th so we can order her finals.  When she is stressed and overwhelmed, she just quits working.  It is like moving molasses in the snow to get her working when she is in that place.  She hides and reads her books instead of doing homework.  I feel like every time I turn around I am trying to find her and help her get moving.  She kind of needs me to sit down and hold her hand to help her push through the wall of her attitude.  It is exhausting!!  Also, her play is scheduled for January 9th with two weeks of Christmas break so the rehearsal schedule and intensity at the moment is in our faces. 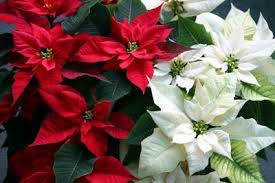 Add to that basketball season starts.  Speedy made his school team, with a wonky practice schedule that I am not always aware of.  Yesterday I thought he would be home to babysit for Sun’s rehearsal but he had practice.  Half an hour before we had to leave, I didn’t know if I would have a babysitter or have to take the little guys with me.  Speedy ended up skipping practice, for which I was grateful, but stressed until I figured that whole thingy out.  Shorty has tryouts on Monday and Tuesday of next week.

We also had dinner guests for Slim’s birthday on Monday (another turkey dinner with a ping pong tournament in the family room—-the table STILL sitting in my family room—FYI).  We have dinner guests scheduled for Friday with a missionary lesson.  And did I mention it is my month for sharing time in Primary?  I keep forgetting to get that ready and my house is trashed.  And Drew has extra bishop work because of tithing settlement and we have some singing assignments for church.  Yep……..I can kind of see why I am feeling a little stressed out.  Did I mention that I have been sick too?

I haven’t even gotten out my Christmas decorations yet.  It just feels like more than I can manage right now, but I know if I will just do it, I will relax a little more and enjoy the season.  And I need to turn on some Christmas music and watch my Christmas movies.  That will help too.  But with all there is to do, I have not felt like I have time to pull out the decorations, sit down and watch a movie, or even listen to special music.  I think that is where I will start.  I can clean and listen to Christmas music.  Then when things are cleaner, I will feel like there is space for Christmas (maybe once the ping pong table is out of the family room!!)  OK that has to go.  My family will not be happy. 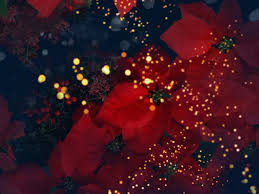 So here is how I handled that stress.  I said my prayers and read my scriptures.  I took a shower, because I hadn’t had one in two days.  When I got out, I put on something that made me feel happy, powerful, and confident.  It wasn’t something that I would wear if I were presenting something at work, just normal comfortable clothing, but something that made me feel like I could conquer the day.  I put on make-up and did my hair, even if it only took five minutes.  While in the shower, I realized the most important thing I could do that day was help Slim feel confident in making his decision and help him to see how his behavior has changed based on what his plans were.  Slim and I spent only about an hour together, but through that time, he made some significant decisions and discoveries that helped him make his decision.  Once the decision was made, his attitude was softened and brightened.  I bought laundry soap and an easily prepared dinner, so those responsibilities weren’t weighing on me.  I assigned one of the children to make dinner and another one to comfort Spike.  I took Sun to class and relaxed for the two hours we were there.

When I got home, I threw my diet out the window and just ate what I had one of the kids make because making something, even little for myself seemed too much work for the day.  I thanked Heavenly Father that my cell phone is out of commission for the day because it is fewer people to get a hold of me.  Today I will do better with my eating and take Spike Spike to the doctor.  Then I will turn on Christmas music, clean my house, and pull out the decorations.  Yea for December!! 🙂