“Do as I say, not as I do!”  Did you ever hear that growing up?  I heard it, a lot.  But you know what we did?  What we saw our parents do.  Yep.  Their example, their behavior in living their lives, that is what we judged our behavior by and how we decided what was appropriate and what was in appropriate. 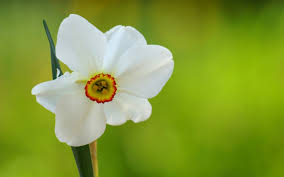 What they said?  Well, we didn’t listen to that too much.  How they behaved spoke louder to our minds than their actual words.  Today it is the same.

I think I learned this mostly from my parents, with my personal experience and watching my parents.  Not in the positive way in which you may hope.  I came from a yelling family.  Whenever things didn’t go the way the parents wanted, there was yelling, and a lot of it.  When it was time for me to be the babysitter and things didn’t go the way I wanted them to?  I yelled.  Surprise, surprise. 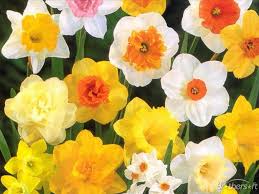 I distinctly remember being about 14 years old and yelling at my bigger but younger brother because he wasn’t doing what I expected him to.  I had the thought, mid-yell, “Why am I yelling?  My throat hurts, my head hurts, my face is red, and look at my brother’s face.  He obviously isn’t listening and this is accomplishing nothing.  Why am I yelling?”  And from that moment on, I chose not to yell at people when I was upset, or things didn’t go my way.

A little later in my development, I was a young married person and babysitting.  A little person I watched (I think he was about 2), was hitting one of the other children.  I turned him around, swatted his hand and then said, “Don’t hit.”  Well, that inconsistency hit me like a ton of bricks.  How do I expect him not to hit if I am hitting for his punishment?  I immediately apologized to him for ‘hitting’ him and then explained that we should not hit and next time he would have a time out and so would I.

How does this principle work in our callings?  Well just like it does in parenting.  Do we want our Young Women to receive their Young Women Recognition award?  Then we should work the Personal Progress Program right along with them.  Do we want our seminary students to memorize their scripture mastery?  Then as parents and leaders we should do the same thing.

When our children or the youth we teach see our struggle to complete the same tasks we are asking of them, it is motivating for the youth to put the same kind of effort and time into those requirements.  Should we ask more of them than we ask of ourselves?  I think not.  Does it matter if we have already finished that task?  Sometimes yes, sometimes no.  When I was working with the young women, it was significant that I had already completed my personal progress as a girl.  But should it stop me from doing it again?  No, not really, especially considering the benefit my example as the leader is to those young women (or my own children, if that is the case).  However, it would be slightly ridiculous and expensive to get a second college degree just because my children are currently in the process of earning theirs. 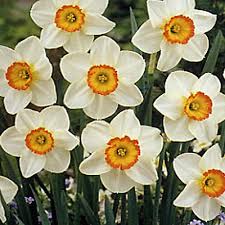 When the sons of Mosiah were to go to the Lamanites to preach the word of God unto them, the Lord said, “Go forth among the Lamanites, thy brethren, and establish my word; yet ye shall be patient in long-suffering and afflictions, that ye may show forth good examples unto them in me, and I will make an instrument of thee in my hands unto the salvation of many souls.”  Alma 17:11

The good example the sons of Mosiah showed forth in patience and long-suffering in their afflictions allowed the Lord to use them as an instrument for the Lamanites salvation.  Indeed, as we read further into their story, we see where that actually happens!  When we make proper choices in dealing with those around us, even when they are unkind and unjust to us, our example ministers to the learning and spiritual education of others.  If it can soften the hearts of those who are our enemies, what do you think that same example will do for those whose hearts are more open and connected to ours?

Our example speaks volumes, especially to our own children.  Lead by example.  It is an eternal principle!  Now if I can just learn how to apply this principle in my eating and exercise habits.  One thing, one day at a time, right?

← Confessions of an overscheduled Mom (and family)
Aaaaaauuuuugh! I got a new calling! →