I am Woman—hear me Roar!

My family has been without a washing machine for a week.  Last week, our old machine bit the dust.  Today was the magical day that the new machine was suppose to arrive and be installed.  I was feeling super excited because they called Sunday evening to confirm delivery this morning between 8:30 a.m and 10:30 a.m.  I was prepared to wash all of the laundry that has been piling up.

The delivery guys even arrived on time, and called first!  I couldn’t believe it!  Finally!  (I know, this is really just a first world problem.  I really do know that.  But it has been a big deal here.)

All was going well until the delivery guy busted off the handle of my cold water shut-off valve.  No joke.

Then, he told me that I would need to call a plumber, but he would go ahead and leave my new machine outside on the back porch.

I told him he could keep the washing machine and deliver it later when he was prepared to put it into my house.  When he left, I was not aware that he had busted the handle completely off.  I thought he had just stripped it or something.

After about an hour of messing with it and my first trip to the hardware store, I realized that he had busted it and I was going to have to replace the shut-off valve, not just the handle.  Ugh!

Being a plumber’s daughter, I got to looking at what had happened and thought, “I bet I could fix that”.  So I started taking it apart, piece by piece.  I got to a specific point where I couldn’t get any more of the pieces apart.  I was leaving plier marks on the pipe.  I figured I had better take a break before I broke something.  I started you-tubing how to fix my problem.  Called Drew.  He gave me an idea–take a photo and go to the hardware store and see if one of the guys there could help me out.  OK.  Off I went.

The hardware store guy had some good ideas (trip #2).  I bought some stuff and came home to try them out.  Nope.  Didn’t work.  I went to another hardware store (trip #3) to see if they had the same kind of tools, only smaller.  Nope, they had the same sizes as the other store.  I talked to another guy.  He basically said, “Call them back and make them fix it.  They broke it.”  Yes, but if he broke it just trying to unhook the washing machine, I really didn’t want him doing anything else that took a little more of a brain.  Nope.  I’ll figure it out.

I came home frustrated.  I decided to pray and ask Heavenly Father for help.  I read an article in the Ensign that basically said “Patience isn’t resigning yourself to your situation, it is continuing to work until something changes” (very loose paraphrase).  I checked my email.

Then I had the thought that regardless of when the plumber was able to come, I had now turned the water off at the main.  The delivery guy could still deliver my machine and haul away the old one, and two dryers in the garage, for breaking my shut-off valve.  I called the company back and asked for the manager who I found out later is an inactive member of my ward.  When I finally spoke with her, I reminded her of that, and our acquaintance.  Then I asked her to have the delivery guys come back at the end of the day and deliver my machine.  She said OK.

I thought I had better turn the water in the house back on.  When I did, the shut off valve leaked!  Really?  I couldn’t get it out, but had loosened it enough to make it leak, not drip, but a constant stream of water.  Now I had to fix it today!  Ugh!  I shut the water to the entire house back off.

I thought of a few other things that I had wanted to get done today besides the washing machine.  I took care of those things.  While I was doing that, I realized that I could probably take the rest of that pipe apart if I had a different tool.  I researched that on the internet, made a phone call to a friend asking them if they had the tool I needed.  No answer, so I left a message.  Then it was time to pick up Smiley from school.  On the way home, I stopped at the hardware store for the fourth time.  I bought a serious pipe wrench!  The guy told me that I probably could do the job with a pair of channel locks.  I told him I had already done that and left marks on the pipe.  He told me I had the right tool, and then he proceeded to give me some very useful counsel on how to use that pipe wrench.  Things I didn’t know!  Thank you!

When I got home, it took me five minutes to get that part out that was stuck!  I did need that tool!  I was so excited!!!  Now I could just replace that part and fix the whole thing by myself!  YES!

I took it to one hardware store (#5), couldn’t figure out which piece matched.  I took it to a second hardware store (#6).  Still couldn’t find the piece that matched.  I took it to a third hardware store (#7)—asked for help.  The plumbing manager couldn’t figure it out, and neither could any of her staff.  She told me that I was going to have to go to the plumbing supply store and have them put it together for me, but they closed at five and it was four.  Plus the one I brought it was busted off and they really needed to see the entire piece intact in order to match it.  I would need to go home and take the functioning one apart and bring that one in.

You have got to be kidding!  My washing machine was suppose to be installed this morning and now not only is it not there, but now the water in my house is shut off!  She put a new washer on it, so it fit better.  But she suggested that I return the part to it’s place, turn the house water on, and wait until tomorrow when I could visit the supply store.  Great.  But at least I had a plan to finish things out and turn on the water in the house.

I got home and did most of what she suggested.  As I was going outside to turn on the water and see if it leaked, the plumber showed up!!  Oh my Gosh!!  Heavenly Father loves me!!  (And answers prayers!!)   He only stopped by instead of calling because he has a new phone and he went to call me but it erased my phone number.  Yea for necessary answers to prayer!  I briefed the plumber who stayed in the house while I turned on the main.  Water went everywhere.  We spent a half an hour getting the water squared away.  He fixed most of the problem but needed a few more parts so he was going to run home and come right back.  When he started working, I put dinner on.  Super simple.  Started a pot of boiling water with my storage water for rice.  Put teriyaki chicken in the oven in foil.  Threw some bagged salad into a bowl.  Pulled the jello out of the refrigerator.

After he left, the appliance delivery guys showed up.  They hauled away my old machine, brought in the new one (without hooking it up, at my request), and hauled away the two old dryers.  Yes!!  When they left, the plumber showed up.  While he was looking at things, he said, “Aren’t you just going to hook this hose to the washing machine?”

“Then we don’t even have to fix this.  We can just hook it up to the new machine in the on position.” 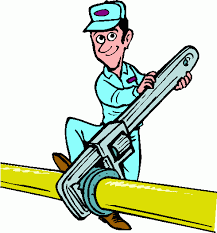 “Genius!!  Do it!  But then put me on your list next week when you have time to come back and finish it out.  But for now it will work, washing machine, water and all!”

Yes!!  The plumber left and we all sat down around the table and then we did the dishes, with running water!  And then I put in a load of clothes!