The Rise of the Russian Saints!

Last Saturday my husband and I went to a fireside in our ward.  A former bishop and his wife just returned from their mission in Russia.  They came to tell us all about it and share their love for the work, the culture and the people.  It was amazing!!  I had been following their blog about their adventures just because they are close to my heart.  Bishop and Sister Childers served as the bishop of our current ward, while my husband was bishop of the other ward in our building.  Then, when they were released from that, they served as Seminary teachers for my two oldest boys.  Then they served as institute directors for the young single adults in our area.  Then they were called as CES missionaries to Russia!!!  They are amazing people and I love them dearly!!

Before I tell you about the wonderful things they shared with us, you should read this article in the February Ensign about the growth of the church in Russia.  Go and do that now……it won’t take you long.  Go, go!!  (Remember to change those last three letters at the end of the link so you can read it in your language!) 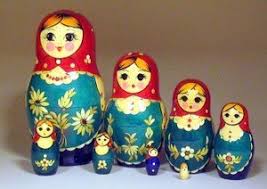 Wasn’t that amazing?  (That is my new word for this post—amazing—-I can’t seem to use another one.)  So the reason I wanted you to read that first is because the things they told us tie in quite nicely with the article.  Remember in the article where it talks about Elder Nelson rededicating the land?  Well, when the Childers first arrived, they were taken to that very garden, and stood in that very spot where Elder Nelson rededicated the country.  They told us that when they were so new and didn’t know anything, they thought it was a nice place.  Later, they learned the story, which was that when Elder Nelson and the member of the 70 (I think) went to go dedicate the land, they wanted to return to the very spot where it had originally been dedicated, by Elder Francis Lyman.  When they arrived, it was fenced in and under guard.  The member of the 70 said to Elder Nelson, “Looks like it is closed.”  To which Elder Nelson replied, “It is never closed to the Lord.”  They told the guards that they would like to go in and pray.  The guard pushed the member of the 70 and said, ‘Nyet’ or no.  As he walked away, the guard called him back and said, “You touched me.”  Confused the member of the 70 apologized.  “No,” said the guard, “when you touched me, I felt something.”  Then he told them a place down the fence, where there was an opening where they could enter the garden.  When they arrived at the right place, there were two female statues.  Elder Nelson then shared how important the opening of Russia was to two deceased prophets, Spencer W. Kimball and Ezra Taft Benson, and their wives.  Then he said that those two couples were there with them as they rededicated Russia for the preaching of the gospel.  And evidence to that fact was that the two statues in the garden had names etched into them.  The names were Camilla and Flora.  The same names of President Kimball’s wife and President Benson’s wife.  (That story blew me away!)

Then in the article, it says, “[Elder Lyman] offered prayers in St. Petersburg and in Moscow on August 6 and 9, asking the Lord to bless the rulers of the land and the many peoples of the empire, ‘in whose veins the blood of Israel flows generously.'”  Elder and Sister Childers told us their mission president told his missionaries, to go and find the blood of Israel because it is out there!!  The ten tribes who ‘went North’, he indicated, were there in the land of Russia.

Here is a tid-bit I came across yesterday:  The World Congress of Families that I follow because I love all things family, was suppose to be held next month in Moscow.  Because of the unrest in Ukraine and Crimea, the Congress was suspended.  In 2010, the Church built a temple in Kyiv, Ukraine, making it one of the closest temples for the Russian saints to attend.  I do not think it is an accident that there is so much tension in the area.  I do not think the adversary wants the Russian people to experience the blessings of the temple and the gospel.  And he probably does not want them to hear of the amazing blessing of the traditional family by listening to scholars around the world proclaim how strong, traditional families strengthen communities and economies.

Elder and Sister Childers told us that they needed two stakes in their area to be considered for a temple.  She said they are 24 more Melchizedek priesthood holders in the stake where they were serving to become a stake.  When they are a stake, then they have access to local priesthood authorities, other keys of the priesthood, and they will be able to have their own patriarch.  Currently, the patriarch comes only once a year.  During that time, he gives patriarchal blessings to only the very, very old and the very young who are preparing to serve missions.  If your age falls in between those two groups, then you have to wait.  One of their friends had been waiting for 20 years before she received her blessing.  Can you imagine waiting that long?  Or having to get a passport so you could attend the temple?  We have to drive four hours and I complain!  I think I had better shape up!!  The other thing they told us was that the patriarch in their area had given blessings to a member of each of the tribes of Israel.  How would you like to have his calling?  (That blew me away too!!)

Elder and Sister Childers told us of the severe persecution some of the saints there receive.  One of them had been fired from three different jobs because of his faith.  Sometimes the missionaries are followed or have ‘incidents’ where people try to rob them or beat them up.  Elder Childers said those young missionaries have to proselyte every day out in the ice and snow (in the winter) because the buildings are locked and in order to proselyte there, someone in the building would have to let them in.  So most of their contacts are street contacting in the weather.  I just cannot imagine that.  What faith!  What dedication!  What devotion!!

One of the requests the Childers asked of us was to add the Russian saints to our prayers.  To pray that they would remain strong and faithful (apparently as the Russian saints are released from a major calling, it is not atypical for that member to then go inactive—they said it was a cultural thing).  So even though they are only 24 Melchizedek priesthood holders away from becoming a stake, they have to fight the cultural norm of attrition.

One other note, I remember reading from last year’s World Congress of Families, that the younger generation of Russian citizens had lived through their parents divorces, and alcohol and drug addictions and negative patterns of behavior.  They didn’t want those things for their families.  They were much more open to the traditional family and laws and morals that protect that institution.  They want something better for their children than they had.  The Childers validated those statements.  That makes those amazing Russian peoples prepared and ready to open their hearts to the messages of the gospel.

I think if we would all be willing to add them to our prayers, maybe we could help the Russian saints realize the miracles they are hoping and praying for.  What do you think?  Is that something we can do for them?  You know, I for one, can be just a little more faithful knowing some of the issues they are struggling with.  My heart and prayers are with you!!  And I will send you my love too! 🙂