Why I love small town living!

Today, the automatic sliding door on my mini-van (that I was so excited about having when we got the mini-van) decided that it didn’t need to close.  It didn’t seem to matter what I did to it, I couldn’t get it to close.  So obnoxious!  I cleaned the sensor thingy on the door.  Nothing.  I pushed the buttons a zillion times, the one overhead, the one on the side of the door and the one on my key fob.  Nothing.  I waited until the door was almost closed and then I forced it shut with my awesome hip action (because I have plenty of uhm-pah to close that door).  It closed!  A momentary hooray!  Then the car opened it back up.  Oy! 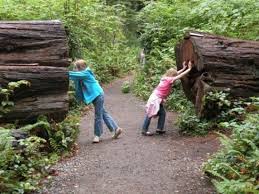 So I decided to call my mechanics, which I use so regularly their number is in my cell phone.  They are really awesome guys!  It is really pathetic when you just have to say, “Ya….this is Carin.” and they say, “Oh Hi!  How’s it going?”  Better if I wasn’t calling you…… but I digress.  I talked with Reed.  He said, “Well, we could look at it for you, but we are super busy today.  Tomorrow would be better.”

That’s all fine and good, but I live where the weather can change and will change and choose to rain in a matter of 15 minutes.  It can be gorgeous and sunny, and warm and 15 minutes later windy and rainy and cold.  I couldn’t leave the door opened until later today and especially not until tomorrow.  (I can’t park it in the garage right now either.  Ya’….don’t ask about that!  The garage door isn’t working either.)

So what does Reed do?  He says, “See if there is a fuse or an override switch that will control that.”

“Would that be in the owner’s manual?”

“Alright,” as I proceed to read him all the fuse listings in my owner’s manual.  Nothing.  Then I find something in the index that says ‘resetting the power sliding door’.  That looks promising!  Reed tells me to read it to him.  Which I do.

Then he says, “Oh, so there is an override button.”

“Carin, look for the override button panel.”  I, of course, automobile illiterate individual, have to look it up in the owner’s manual.  “Oh, here it is.  What?!  I use that button all the time!!  I just knew when I pushed it, the kids couldn’t open the door. Ha ha…”

“Try the button and see if you can close the door.”  Which I did.  And voila!  The door closed!  Then I reread something else and realized, oh the door does that when the fuse is blown.  So I do need to go have those guys take care of that for me because the fuses are under the hood, and if you have lifted the hood of my car, you would know that I have to take out the entire engine to reach anything in there.

BUT!  I do not have drive the car right down to the mechanic and have it fixed right now, because Reed was willing to spend 15 minutes on the phone with me!!  Because he knows me and I take my car to his shop all the time and have for the past 16 years!  Not this car, but many, many cars over the 16 years!!

And THAT is why I love living in a small town!!  That not only happens to me at the mechanic’s, but at the doctor’s office too, and our elementary school, and even sometimes at the dentist’s office.  Person to person service, the way it used to be.

Thanks Reed!!!  I needed you today!

← Counsel with the Lord in all thy doings….
FFF#41 Toilet Training Trials →