I have been pondering lately on the influence each of us has on others, for good or for bad.  It started with my scripture studies.  I have been reading in the book of Alma in the Book of Mormon.  Currently, I have been studying Aaron’s teachings to King Lamoni’s father.  As I was reading the part where the people decide to call themselves the Anti-Nephi-Lehi’s, I thought, let’s see, where does this whole thing really start anyway? 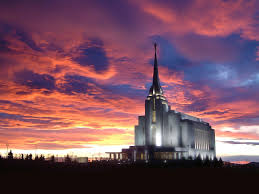 Then I read back, and back and back a few generations.  The Anti-Nephi-Lehi’s were the people of the lands of Nephi and Ishmael, under the reign of King Lamoni and King Lamoni’s brother ‘Anti-Nephi-Lehi (who was given the kingdom by King Lamoni’s father).  These are the parents of the 2060 stripling warriors.  They are taught the gospel after Aaron teaches King Lamoni’s father and he collapses to the earth as he prays to know God and be forgiven of his sins.  Then the queen comes in and sees Aaron standing over the king.  She commands his servants to slay Aaron.  The servants who have seen the interaction between Aaron and King Lamoni’s father say, ‘Uh, no.  We will not slay him.’  She then seeks to call the people to have them slay Aaron.  Then Aaron, realizing the determination of the queen to kill him, raises King Lamoni’s father up and the father then testifies to the queen and his servants his miraculous change of heart, and commands that his people are taught by Aaron, Ammon and their brethren.

King Lamoni’s father is open to listening to Aaron because on his journeys he runs into Lamoni and Ammon, where he almost loses his life but because of Ammon’s example, the great king recognizes this Nephite’s love for his son.  When Ammon spares his life and only asks in return that Lamoni and his people can be free to practice religion as they see fit, the father’s heart is significantly softened (this is his event for opening up his heart to the gospel).

I’m sure you know the story of King Lamoni’s conversion and how Ammon saves his sheep and the servants set to guard them.  King Lamoni and the servants are open to Ammon’s words because of his ability to protect them and the sheep and then his willingness to continue in his duties as if that was just a normal part of his day.  Ammon’s example and that event is what opens their heart to the hearing of Ammon’s words.  During this story, after Ammon explains the doctrines to King Lamoni and Lamoni sinks to the earth, as his father then does later, his servants take him to his bed and he lies there for two days before the queen sends for Ammon to receive counsel about her husband.  She says, ‘people say he stinks and we should put him in the ground, but I’m not sure.  What do you think?’  To which Ammon says, ‘he sleeps in God, tomorrow he will awake’. 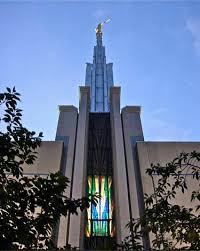 I wondered, how did Ammon know he would wake up the next day?  Then I remembered, Ammon is one of the sons of King Mosiah.  He is one of Alma the Younger’s buddies and he was with him when the angel showed up and Alma the Younger sunk to the earth and was out for three days!!  Ammon has seen this before!  This wasn’t new to him.  That experience was Ammon’s ‘wake-up’ call.

Why did Alma the Younger and the four sons of Mosiah (Ammon, Aaron, Omner and Himni) have their miraculous experience of having an angel call them to repentance?  Well, that would be because Alma the Elder had been praying for something to help his son change and know the truth.  Alma the Elder, you recall, was the only one of the priests in the court of King Noah, who listened and heard and believed the prophet Abinadi (who testified before them in chains and was burned alive) Mosiah chapters 11-17.

All of these miraculous changes come about because one man was willing to testify before a generation of wickedness and lose his life.  In the space of maybe three generations, but within the lifetimes of two men, thousands of people (specifically Lamanites!) are converted!!  Their conversion is so great and amazing, their faith so very strong, that their children fight in battle for the Nephites and though they are young and inexperienced, they do not lose their lives in the battle.   This is amazing!!  (Do you realize that Alma is our largest volume of record in the Book of Mormon, but it only covers about 40 years of time?  Why do you think that is?!  We get a detailed look at Alma’s society and it is only 50 years or so before the coming of Christ.  Think about that for awhile!  This book was compiled for our day!!) 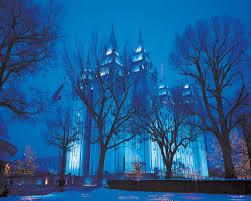 Now here is how that applies to us.  We do not usually see the changes that occur across the generations from us into the future.  We cannot know or understand how our behavior in the present will affect generations down the road.  But we can look at history and see how one person’s behavior affected thousands of people, then we hail those people as heros, or prophets.  “By small and simple things are great things brought to pass.”  Drew’s favorite saying is:  The Lord will not use a spotlight, where a flashlight will do the job.  A lot of times, we are looking for the dramatic, the amazing, the spectacular.

I am sure Abinadi did not believe that what he was doing was spectacular.  During his mortality, it appeared no one was listening to him.  Without his courage and faith and obedience in standing and testifying before the court of King Noah and calling them to repentance, the entire string of Alma (and those souls who followed him–more than 450 or so), Alma the Younger and the four sons of Mosiah, their teaching of the Lamanites (all of King Lamoni’s people and his brother’s people—-all those Lamanites in the lands of Ishmael, Middoni, Nephi, Shilom, Shemlon, Lemuel, and Shimnilom—plus those who are converted when the Anti-Nephi-Lehi’s won’t fight, more than 1,005), and their children 2060 (young men only–so we could probably double that to include the girls)………that is an extremely conservative estimate of more than 76,000 people (10,000 for each city listed, and I didn’t include Limhi and his people, who Alma baptizes-descendents of King Noah )!!  From one man’s testimony!!!  One man, who didn’t appear to making a difference in mortality!

My point is:  What are we doing with our mortality?!  We may not feel we are making a difference.  We may believe no one is listening to us.  But I am hear to tell you, your behavior and your example do make a difference.  You might be the flashlight the Lord is trying to work with in illuminating a generation of people, like He did with Abinadi.  The Lord knows who is listening.  He has a generational perspective.  We do not.

The adversary would tell us our example does not make a difference.  You are only one man or one woman, no one is listening, it doesn’t matter.  That is a lie!  One man or one woman matters!!  Your example and your faith and obedience and determination does matter!  It matters over generations!  Be the voice!  Stand up for your beliefs, even if you stand alone!!  (Because though it feels that way and may look that way, you are never alone when you stand for righteousness because God and His angels are standing beside you and rooting for you and praying for you!!!)