FFF #44—I thought it would settle down.

Remember last week when I told you life was just crazy at our house?  Well, I thought we were at the tip top for how stressed out things were and what was going on.  I was wrong.

On Monday of last week, Slim told us that he thought things weren’t heading in the right direction and he thought he should scrap his life plans and go a different direction.  We were shocked, but it is his life and we want him to be happy and successful in that happiness.  The entire week, he struggled with whether or not to take his last LSAT (I guess you can only take it three times within five years and this would have been his third time).  Every time he tried to prepare to take his LSAT, he was grouchy, irritable and stressed.  When he discussed doing something else (which I will save for later because it is still in the works), he was light and excited and buoyant.  His personality was like night and day as he discussed and debated between the two options.

Finally, Thursday before the test, he decided that he didn’t like law and hasn’t ever liked it and he isn’t really good at it.  So he withdrew from his last LSAT.  At this point, he still has been accepted to law school and has a place for the fall if he wants it, but he does not need to make that decision until around March or April when he would have to start putting money towards school.

Then, Saturday afternoon, he told his father and I that he felt like he needed to move and move next week, like out of the state.  Seriously?  You have no money and no job.  But, as my son is becoming quite adept at listening to the Spirit, and as he has been following those thoughts and promptings and counseling with the Lord throughout the steps, things are falling into place.  I won’t post this until Friday, but I am writing on Tuesday morning.  Slim is leaving tomorrow!

I am really struggling emotionally!!  His decision is so sudden and happening so quickly that I have had no time to process.  I am sad that he is leaving because I know when he leaves this time, he won’t be coming back.  He is moving out forever!  I went through this once, when he left for college after his mission.  I thought then that he wouldn’t be coming back.  I was worried I would struggle with his return, because though I love him dearly, he is just a little high maintenance and sometimes he causes me stress.  But I love him dearly and he has been so much fun to have at the house!!  The relationships he has built with his younger siblings has been priceless!!  He and Shorty were close before, but now he is close with all of the littler generation at our house.  He loves them all and they love him!!  As you can probably guess and see, I am not the only one struggling.  Drew is sad and all of the children are sad.  I need to tell Spike.  I don’t think he knows yet.

In fact, just yesterday Sun said to me, “Wait, you mean Slim is MOVING to……….?  Not just visiting for Christmas?”

“Yes.  That is what we have been talking about all weekend!.”

So today, I will get to help her manage her emotions.  So since she didn’t pick up on it, I suppose I had better make sure the rest of the littles who are here know so we can deal with the drama all at once. 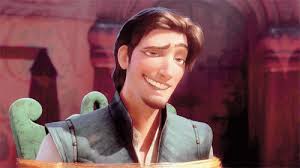 Anyway, I have really, really enjoyed having my boy home.  I am also sad because I really really wanted some of the big guys home for Christmas and now I will have none of them here!  So that makes me sad too.  I think I have just needed to write all this down so I will actually cry, because I still have not done that yet.  I am so retarded sometimes!!

Last night, we had all Slim’s buddies over to hang out and say their farewells.  Today will be packing and purchasing travel tickets.  And tomorrow he’ll be gone.  And then maybe I will cry all weekend.  The bad thing about loving them so much is how sad you are when they leave!

Sun’s going to sing her first solo in church on Sunday, in Slim’s young adult ward, because Slim was in charge of the program for that Sunday and he isn’t even going to be there to hear her sing.  I am sad about that too.  Now I really need to decorate for Christmas, before I am too sad to do it.  Life is really crazy sometimes.  And just when you think it is at its craziest, the crazy escalates!

I just had a brilliant thought!  I need to take photos of Slim with each of the littles…..that will help each of them!  If I get that done, I’ll post them with this blog.  If it posts without photos, just know that we had a huge storm here Wednesday and my power might be out!!  🙂  I have to prepare for that today too.  Love you friends!