Slaying our own dragons.

Friend #1’s comments about Friend #2 were not valid.  Her perception about what she saw was inaccurate.  What is worse is that Friend #2’s behavior that day was really a step in the right direction for the ‘dragons’ Friend #2 has to slay in her life.  In other words, she was doing a really amazing job when Friend #1 felt the need to criticize.

I really pondered about my conversation with Friend #1.  I tend to listen really well when people are speaking to me and I think part of the reason people feel comfortable talking so openly with me about their personal lives is because I do not tend to pass judgment or disagree with them in the moment, even if I don’t agree with their position at all.  A lot of times, I just let them talk even if I completely disagree with them.  So though Friend #1 was critical of Friend #2, I didn’t, in the moment, stand up for Friend #2.  I wish I had.  I wish I had just enough ability to speak in the moment to say, “Oh, really?!  Are you aware of her struggles?  Of the dragons she is working on slaying in her life?  Well, I am, and you should just know that she is really doing well today.  It is good that your dragons aren’t as public as hers.”  I wish that I had said that. 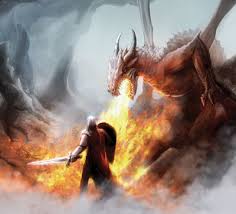 I always know what to say later, but rarely in the moment.

I am glad my dragons are not as public as Friend #2.  They are plenty hard for me and I struggle with them daily.  Sometimes I think I have the dragon well under control and I am winning the fight.  Then I realize it is a Hydra-monster and though I cut off one head, three more grew in its place.  That may not be the reality, but it sure feels like it sometimes.

Today in Seminary we discussed how we should treat those who wrong us.  We discussed the last half of Doctrine and Covenants Section 98.  Verses 23-32 discuss how we should bear mistreatment, specifically that if we do so without retaliating, the Lord will bless us.  Verses 32-38 explain when war is justified according to the Lord, but expresses that the Lord would rather us solve our differences peacefully.  And verses 39-48 discusses how we should respond to those who ask for forgiveness and to those who do not. 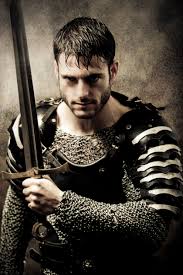 Now, Friend #2 and Friend #1 will probably never again interact with one another.  They are no longer even in the same vicinity.  It would do absolutely no good for Friend #2 to hear the thoughts and feeling of Friend #1, in fact, it would do harm.  It is best for me to keep Friend #1’s thoughts and feelings to myself.  But what is my responsibility to Friend #1?  Does it do any good now to say something to her?  To be honest, right now, I do not think it would.  It would have in the moment, and if either of those friends were to have some kind of a relationship in the future, then I think I should.  But right now, today, I think it would also do harm to Friend #1 to say something to her.

But what about those who have wronged me?  Or hurt me or my family?  What about those people who I do need to continue to interact with?  Well, you have heard my story about Ms. P.  (See here, and here, and here.)  For a long time, I have just avoided her, completely, to the best of my ability.  It has not been kind, but I think I was more concerned about saying something nasty and the best way for me to avoid that, was to avoid her.  In the process, her feelings about me have not been good (but mostly, because she thought I hated her first).  The truth, however, was not that I hated her, but that I couldn’t be kind in the moment, so I avoided her.  I have never hated her.

A few days ago, I had the opportunity to tell her so.  The Spirit told me that I needed to do that.  I didn’t need to apologize for anything, because there wasn’t anything that I needed to ask forgiveness for.  But I did need to let her know that I have never hated her.  I found the right opportunity, and I took it.  I hugged her.  She hugged me back and thanked me for telling her that.  I also told her to please remember that the next time I am mad.  (which wasn’t unjustified, but with a greater understanding, and more charity, I don’t have to be angry.)

Can you think of an example of that in the scriptures?

How about Captain Moroni and Pahoran?

Captain Moroni was on the borders defending the Nephite nation.  They were low on supplies and men.  They were struggling to maintain their position.  They petitioned Pahoran, governor of the land, for more men and supplies.  Their petitions went unanswered.  Moroni got angry and wrote a nasty letter to Pahoran calling him to repentance and basically saying, “Look, if you think you can sit on your fanny while we are out here dying, I will come and destroy you myself.”  If Moroni’s information and thoughts and feelings about the situation were correct, then his response to the situation was appropriate.  But what was the situation?  Well, Pahoran had been run out of the governor’s seat by the Kingmen.  They were experiencing a coup while Moroni was out defending the nation.  Pahoran did not get angry at Moroni’s censure, rather, he gloried in the feelings of his soul.  Pahoran realized Moroni’s response would be appropriate if his information was correct.  But his information was wrong, so Pahoran corrected it and they made a plan to save their country.

I guess my point is this:  We do not always, or even usually, know what is going on in another person’s head.  Their behavior, even toward us, may be completely right, and justified for the information they have or think they have.  We really need to have the Spirit with us, in our communications, and in our relationships so our judgements or thoughts about situations are accurate.  If we focus on slaying our own dragons, and not making critical comments about other people’s dragons, we will be in a better position to communicate with one another in love.  We need to remember that ‘contention is of the devil’, such things are not of Christ’s doctrine:

29 For verily, verily I say unto you, he that hath the spirit of contention is not of me, but is of the devil, who is the father of contention, and he stirreth up the hearts of men to contend with anger, one with another.
30 Behold, this is not my doctrine, to stir up the hearts of men with anger, one against another; but this is my doctrine, that such things should be done away.
And I will just conclude with this story of Sister Corrie ten Boom:
I can’t figure out how to load the video.  But here is the link.

And here in her own words.