We have an entire week before it will even be time to drive down to the interview.  A lot of things can happen in a week.  Saturday we attended a baptism in the morning and watched the BYU football game in the afternoon.  Because the game was played on Thursday, we just watched the parts we wanted to, stopped at half time and watched a soccer game, then picked up the rest of the football game.  Later in the evening, I ran to the hardware store to pick up a few things that would help me to take care of those little fix-it projects on my master-list. 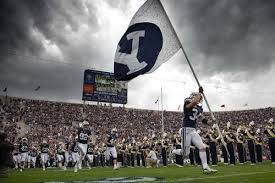 While I was there, I also picked up some flowers for the front yard flower bed.  Gotta’ have those right?

Sunday was the typical church day, until the last hour when all chaos broke loose.  The Senior primary (kids ages 8-11) were totally out of control (and there were only 7 of them, so it shouldn’t have been a big deal—but it was).  I won’t go into the details but I ended up putting the wrath of Sister Lund into a couple of them.  I tried to be nice and sugar coat it, but they know what their behavior should look like from now on and what will happen if it doesn’t.  Enough said.  That little fire girl inside me??  Yep—she was out!

It probably would have helped if my three year old would have stayed in nursery, which he wouldn’t.  And if he hadn’t been screaming because he wanted to sing Book of Mormon stories and they were working on the Primary Program songs instead.  Yep, that would have definitely helped.  And if I hadn’t had a new sister in the ward in my face about how things were going with my child in nursery.  Ya—that didn’t help either.

I was frustrated enough that Speedy went and found his dad to tell him that I was on the ‘war path’ and Drew, my bishop, came to find me sitting in the Primary room almost in tears.  Such a frustrating day.  I’ll tell you, I was ready to pack it up that day and move away right then and right there.  But I didn’t scream, and I didn’t yell, and I wasn’t mean.  I was firm and insistent and made sure the message was received and understood.  Now I get to enforce that next week.  Lovely.

Then Monday, we were all so exhausted from the weekend and stress of the week that we kind of hung around the house and didn’t do anything.  Well, most of us didn’t.  I washed the walls in the living room with my very favorite Mr. Clean eraser.  Then I planted those flowers in the front yard, which included digging up my bulbs and moving them so that in the spring the flowers don’t grow on top of each other.  You know, I used to love planting flowers.  It made me feel good to be out and digging in the dirt.  I still love it, but my body is a lot older now and it doesn’t do that as easily as it once did.  By the time I was finished, I was finished for the day.  I sat down and drank some water and then made simple broiled chicken sandwiches for dinner with a salad, and we used paper plates.  Then I was really done.

So today the children went back to school and I took Slim to the dentist for a couple of fillings, filled out the back to school paperwork, filled out the dependent verification form and paperwork for our health coverage, and washed my kitchen window.  Now I’m working on the laundry.  Here a little and there a little, I’m trying to cover that master list and continue with the day to day workings of our family, which at the moment doesn’t include any packing, because we don’t know we are going anywhere yet.  (But I am more apt to get rid of stuff.)  Slim is working on the garage today.  Yea for small favors.  Tomorrow I will probably have to make a dump run.  More loveliness.  Happy days!