Drew was told in the interview that they would let him know Friday.  The call came in just after one.  We have all felt like we are really moving.  So we were super anxious for him to call them back.  We were all anticipating them offering him the job.

Except, that’s not what happened. 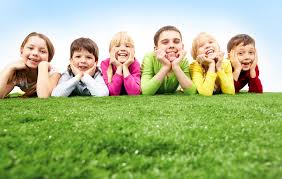 He called home and let us know there were two other candidates who were more qualified.  I interpreted that to mean that they offered the job to someone else.  I was totally confused.

All of the spiritual information I had received indicated that we would be moving.  It felt like we were moving.  I wrestled the rest of the day with my feelings.

Did I misinterpret something?  It didn’t seem so.

Was this a MY will over Thy will situation?  Nope.  I didn’t really care about moving or about this job.  In fact, I didn’t even want to apply for it but felt impressed that it was what we were suppose to do.

Why was I receiving directions to do things that would indicate moving, like getting the house prepared for moving, getting rid of stuff that I didn’t want to move, checking out the schools, talking to a realtor, knowing that we weren’t suppose to live in the city where Drew would work, but commute from half an hour away, in a completely different county?  Why was any of that necessary?  And why do we both feel it is necessary to put in an application for the school Speedy would attend if we aren’t going?  We still both feel like that is important and necessary.  Weird.

The next day, I started to get a little frustrated.  I am not irritated about not getting the job.  I am more irritated about not understanding the revelation I thought I was receiving.  Then I was reminded, “Remember, it is not going to look like you think it will.  Don’t get angry or frustrated.  You can trust what I am telling you…..Miracles will happen and the sea will part.”  I was pretty sure that ‘sea will part’ thing was in reference to our housing.  The sea is going to have to part.  But now it would appear maybe the ‘sea’ is actually the possibility of getting the job.

Ugh!  And so we wait.  Saturday and Sunday are spent doing the normal things that we do here, mixed with a little sadness and thinking that things will be better and easier if we don’t move and coming up with all the reasons why it is better that we don’t move. 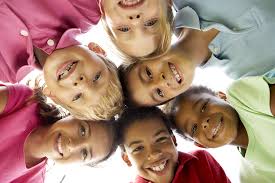 Friday, after the news, I picked up Smiley from school and told him what our trip was about, to which he said, “You mean we might move?”  And then I told him and Shorty that they had offered the job to someone else.  Both of the boys are glad it appears we are staying here.  So we shall see.  On Monday, I told our missionaries in our weekly emails, and a few days after that I told Spanky.  I still haven’t told Sport.  I think he has had just a little too much on his plate for him to worry about that too. The funny thing is that both of our missionaries were like, “Totally cool!!!  That would be fun!” which was a response I was not anticipating.

(So this is Day 28)
Anyway, today has been one week since we got ‘the news’.  Only a couple of interesting things have happened.  On Tuesday, as Drew was explaining to me how he told his boss, he clarified that they had not offered the job to someone else.  They were having a second interview and were only interviewing the two candidates above him.  They also asked him if they could keep his information on file and call him if they needed him.  Of course, he told them they could. But that is a totally different scenario than that they had chosen another person and offered them the job.

Then yesterday, I get a phone call from one of the sisters in the ‘possibly moving into’ ward.  She tells me that her bishop asked her to call us and give us the specs on a house for sale on her street.  Which makes me start thinking.  And doing a little more research into schools in the area.  And we get most of Speedy’s application done, though we still have a little bit to finish.  We should have it completed and mailed by Tuesday of next week.

That’s where we are.  And so we wait.