I am not sure what I want this post to say or express, so I am just going to ramble a bit and see how it all turns out.

When I arrived at camp, I felt like I did not belong there which is very strange for me because I love camp and feel comfortable most places, especially at my regular stake girls’ camp place.  But this year, it felt different.  Like I was allowed to come, but I wasn’t really suppose to be there.  Part of it, I am sure, is because there has been a change in leadership, both in the stake young women’s presidency and the camp director.

I haven’t been to camp in four years.  The exact term of service of the previous stake young women’s president.  The currently called stake yw president, served in various capacities with me at previous camps, she loves me, and considers me a sister.  I know I got the call this year, because she changed things up a bit and then was short several leaders and she needed to call in people she could trust on a short notice.  Which is why I was called on Saturday for camp on Tuesday.

The emphasis for the theme and what they were trying to help the girls understand this year was very different doctrinally from where it has been in the past. (Which is fine, it just may have contributed to my feelings that I didn’t belong there.  That feeling didn’t persist, though.  By the end of the week, I felt like I did belong there and my calling wasn’t necessarily one of desperation.) 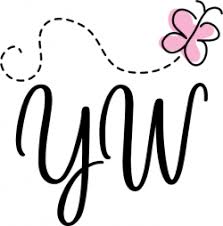 I kind of felt like my four years of not attending camp was Heavenly Father’s way of helping me not to get too attached to the idea of serving at camp and to help me distance my heart from that calling.  Once I was there, I got to return one time to enjoy it, say thank you, be at camp with my daughter, and say good-bye.  I really do not think I will be able to go back.  My husband thinks that is absolutely nuts because of who the stake yw president is and how she feels about me.  I know those feelings are true, and I know of her great love for me, but I did feel I was there to say good-bye.  Which I did.  And if I am called to camp again, then I will simply shout for joy, pack my stuff and serve with all my heart.  But I really don’t think that is what will happen.

Unfortunately, I do not have very many photos.  It was a no cell phone week.  Since my only camera is on my cell phone, no photos.  I got special permission to pull it out and snap a few of our cabin because we were putting together a special project for my co-cabin leader.  I will post those later this week.

Remember this week will be super busy for me, so I will try to keep things posting, but it may not happen.  I am giving myself permission to sporadically post.  But I will try to post the highlights of girls’ camp over this week, and then blog about the wedding/family stuff next week.

And even though we exercised like crazy because of all the walking and activities we did, I think I still gained weight at camp.  They feed us like crazy!!  So I have to put those things back into order also.  I haven’t dared to step on the scale yet.  But I can just tell from my shape that I gained weight.  Lovely.

I’ve already expressed how I feel about camp in another post…..here.   But I have to tell you the sweetest story.  One of my girl friends who has been serving at camp for the past 13 years, was super excited that I was called this year.  Last Sunday, she caught my husband in between wards, because she is in the other one, and told him, “Hey thanks for letting your wife attend camp this year!”  To which my husband apparently replied, “Jackie, there wasn’t another choice.  If I said no, I would have to sleep with one eye open all the time!”  Wasn’t that cute?  It made me feel loved to know he knew how important camp is to me and how much I love it!