Sorry I haven’t posted much this week.  Life has been super crazy.  I will ramble for a few minutes and try to catch myself up and see if I have any coherent thoughts running around in there.

I needed to take a few days off because my head was spinning and I was trying to figure out if I was going to blog about it and/or what I was going to say if I did.  My sweet daughter came home from high school this week to inform us that a boy was using the girls’ dressing room during her PE class.  It was making her uncomfortable, which I am assuming it would most of us.  She was wondering what she should do about it.  So we, as her parents, counseled her to speak with someone at the school and if necessary fill out the ‘I am uncomfortable about this’ form (because we wouldn’t want to call it a ‘complaint form’–that would be too logical, ugh!).  She did speak with the most reasonable person on campus and was told, “What you think is happening, really isn’t happening.  I can’t tell you what is happening because I would be violating privacy issues, but he is protected by California state law to be doing what he is doing.”  What??!!  That is nuts!!  What about the privacy of all of those girls in the locker room?  They are not protected by some privacy laws?  Pretty soon the football players are going to be expressing their desires to dress in the girls’ locker room.  Since when do we value and protect the rights of one citizen over another?  Last I checked, this country valued the position that all men are created equal.  What ever!   Our issue is only being resolved by the counselors telling the girls if they are uncomfortable, to change in the toilet stalls.  Seriously?  Why not just provide that young man his own dressing room???  Or stop requiring the kids to dress down, your choice!  Good grief!! 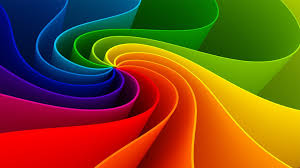 I am not trying to say that his feelings are invalid or that he doesn’t have rights, he does and they should be protected.  But so should the rights of every other person in that class or school.  One person’s rights should not be protected at the violation of another person’s rights.  That is all I am saying!

For a couple of days, I was a hot head!  I was pretty sure I could not discuss it rationally, without causing a fatty stink and making things difficult for this young man or his family.  I am still struggling with it, to be honest.  It is wrong.  We need to be able to find solutions that protect the rights of all, not of some or not specifically a select group at the exclusion of others.

So, while my head is still spinning with all of that, my washing machine bit the dust on Wednesday.  I had been working on the laundry at my house for a few days, so most of it was caught up.  But I was washing Scuff’s quilt that had been put away during his mission, so I can mail it to him at college.  I went to put it into the dry, but the washing machine was full of water.  It will wash the clothes, it just won’t drain that water, rinse the clothes, and spin them.  Great!  I had to have Sport help me get the comforter out of the washing machine and put it into the sink, as it was way to heavy for me to lift being full of water.   We finally got that done and then we had to scoop all the water out of the washer with a pitcher.  We tried to wring the quilt out, but we ended up leaving it in the sink over night.  The next morning I ran a clothes line out in the back yard, twisting the line together (because I don’t have any clothes pins).  Then we hung out the quilt to drip dry until it was dry enough that I could stick it in the dryer.  It ended up drying on the line and now it smells AWESOME!!  I LOVE line dried sheets!!  Anyway, we ordered a new washing machine, but it won’t arrive until Tuesday.  So I went through the house and asked people if they could manage their clothing until then.  I did need to run one more load.  So I ran that one, rinsed them and wrung them out in the sink, line dried them, and again removed the dirty water with a pitcher.  It has been crazy! 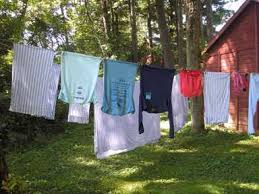 While I was working with that, yesterday the internet was down all up and down the west coast.  The rumor is that is was out all over the nation, which maybe it was.  But ours is fixed now.  But we had banks shutting down, vendors not making transaction, grouchy people everywhere (at the dentists’ and the grocery store, where I was—-at Drew’s office and at the school).  But we got all of that taken care of and it is obviously up or I wouldn’t be able to post.  And I think if it was really out all over the nation, it would have been reported on CNN.  Instead, it is only in our local paper, indicating that it mostly affected the north coast.  Man, people can really talk!!

OK  That is my report.  Now I am going to go and quilt with the girls and forget about all of this craziness going on in my life.  I am going to return to a time when life was a little simpler and remember what it was like to gather with the sisters from the neighborhood, talk about life and family, and just do some old fashioned sewing.

Have a great weekend!!!  I get to sleep for three days!!!  Yea!  And then my washing machine will show up and I will have a week’s worth of laundry to do, but a new machine to do it in 🙂

PS Don’t you think it is interesting that it is the rainbow that today currently represents the homosexual movement when originally it was God’s symbol to Noah, not to flood the earth?  Interesting huh?  Makes you think.