FFF #46 Merry Christmas from us on Thursday :-)

Well, I should have written my family Christmas letter by now, but I have had a difficult time this holiday season so I am just a tad slow in that department.  Here is what has been going on at our house this year:

Slim graduated from Southern Virginia University in May and then came home to live until he planned on attending law school in the fall.  Due to the continuing consequences of 14 concussions (over the last 10 years), he needed more recuperation time than he originally thought.  He ended up postponing law school until the Fall of 2015.  He had planned on taking his final LSAT exam in December and reapplying to some of the schools.  The week of his exam, he decided that maybe he didn’t want to go to law school and he had definitive impressions of where he should be and what he should be doing.  Two weeks before Christmas, he moved to Utah.  That may be why I am struggling this holiday season.  I really wanted my big boys to be home for Christmas and instead of one of them being here, he up and left too without much warning.  We are all adjusting and missing him.  Though we know he is in the right place and doing the right things, we are still sad.  His brothers in Utah, however, are having much more fun now that he is there.

Spanky spent the year in Utah, home for just a month in May.  He was engaged, and then not engaged.  He is doing well.  And I think he has finally settled in on his major!!  Maybe now he can get life organized to graduate from college 🙂  Spanky is working security for the MTC (missionary training center) and learning more about himself as he continues his education.  He and Sport are in the same housing complex at BYU but they are in different wards.

Scuff is just five months away from finishing his mission!!!  Because of visa complications, he spent his first 12 months in Colorado, and the final 12 months in Brazil.  Slim cannot wait for him to come home because then they can speak Portuguese to each other and talk about everyone around them.  Ya…we are all looking forward to that…NOT.  I am very excited to see him and SKYPE with him tomorrow.  Hopefully, the storm we are currently experiencing will not knock out our power!!  Pray for SKYPE power!!

Sport just finished his first full-time semester at BYU!  He took an animation class, one of the pre-requisites to the program.  Next semester he is taking another one.  He has decided that he loves animation and it is definitely the way he wants to go.  I think this next semester he has a few more art classes which should help him to enjoy his time on campus and relax.  He is not very interested in dating, though he has plenty of social opportunities and I think he will put in his missionary papers in February with plans to leave after Scuff arrives home.  He wants to see his brother.  When we get the details of his call, of course, we will let you know!

Speedy is just a couple of months away from turning 16!!  The conversation has only revolved around cars and driving but there hasn’t been much talk about dating.  So that is interesting.  He has been frustrated and swamped with homework, however, he is making the adjustment and at the moment is simply glad to have zero requirements to be met for the Christmas break.  I cannot believe the oldest of our second set is just around the corner from dating and driving.  Where does the time go???

Sun has really been struggling this year with homework.  She is bright and she can do it!!!  But getting her to do it willingly has been like pouring out molasses during a snow storm.  OH.MY.GOODNESS!!  I have never struggled so much to motivate someone in my entire life.  Seriously!  When I feel overwhelmed and life is coming at me from all angles, I put my head down, organize myself by what can get done the easiest and the fastest and be out of my way, and then I just start biting off pieces of the elephant.  Sun does not work that way.  She hides in her room with a book, and her pile just increases exponentially because even though she has stopped working, the work didn’t stop coming in.  I don’t know how many times this year, I have sat down and helped her to organize her workload, talked to her about strategies for accomplishing things, bolstered her self-esteem, planned rewards for accomplishment, etc….  It has been exhausting!  And still, over Christmas break, she gets to try and finish off four of her five classes before the next ones start in January.  Oy!  We had her Christmas break in October, for the entire month, and then again a few weeks in November and definitely the last two weeks after Slim left.  Holy Cow!  If you have any suggestions for me, I’ll listen.  On the brighter side of life, she is performing in The Little Mermaid, Jr. over the weekend of my anniversary.  She is playing one of Ursula’s eels and she is singing a duet entitled, “Sweet Child”.  She is an amazing little actress and singer.  One day, while watching her rehearsal, I got creepy goose-bumps because she was acting creepy.  I wasn’t even watching her, but the feeling just enveloped me.  I can’t wait to see it on stage!!

Shorty is really enjoying his sixth grade year.  He has been to school with these boys since kindergarten.  He loves his teacher and we love her!  And he made the school basketball team so that craziness has begun.  In June, he’ll graduate and prepare for his favorite two years (home with Mom for seventh and eighth grades).  But for now, he is loving life!  He has also been quite the little missionary.  His friend Isaiah has been attending church with us for about 2 months now.  He and his mother are taking the missionary lessons in our home.  I think Isaiah would have been baptized a long time ago but I am glad his mother is wanting to know what he is learning about.  Isaiah is a great boy and we love having him come with us!

Smiley is turning 10 soon, like in just a little over a week.  I cannot believe the last of our second set of four is almost in the double digits.  Seriously!   10?  Really??!!  It probably would seem more realistic if he didn’t spend almost all of his waking hours fighting with Spike Spike.  I never knew that children who were far apart in age, if they are still next to each other in birth order, fight just as much as the ones who are closer in age.  Can I get another:  Holy Cow!

Spike Spike constantly pushes his buttons, because that is his personality.  Smiley doesn’t talk and tries to physically manipulate Spike which he will not tolerate.  So between the two of them, there is constantly yelling, screaming, whining, and occasionally hitting.  They are exhausting!  It is like having Slim and Spanky (on steroids) in the house again, except they are 7 years apart, not 19 months.  Sheesh!  Finally Drew told Smiley that if they had any more problems, he needed to know that they were all going to be his because he was old enough to know better and work with other people and Spike wasn’t yet.  Man!

Spike Spike finally potty trained!  And now we are looking at the adjustment to Sunbeams and Primary.  Already, he is struggling.  We have been bringing the ‘almost Sunbeams’ into singing time.  Spike will not sing when they sing and then he is sad that he didn’t get to sing with them so he wants them to sing it again, which they don’t, and then he melts into a puddle and I have to take him out.  I’m sure the transition will just be lovely, so stay tuned for that.

As for me and Drew, we are doing fine and well.  I have been learning a lot about myself and my thoughts and feeling toward my parents and recognizing how I function based on my experiences growing up.  The Lord is helping me understand that there are things I need to learn, like how to trust Him, how to ask Him for help, and then to believe Him when He tells me He has it covered.  (That is only significant and huge because growing up I learned that I could not count on people or trust them with things I needed or asked for, or if they told me they would take care of something, they usually didn’t.)  Consequently, I do not have many expectations of people because my experience has been that they are going to let me down anyway.  I’m sure my behavior has been difficult for Drew as well, because I lumped him into the ‘people’ category, even though he doesn’t deserve that and has never given me reason to believe that I can’t trust him, or he won’t help me.  So we have had to work through that.  But at least now it is in our conscious conversation not running a muck in the background of our relationship.

But through all of our trials and growth and development, we have faith in the Lord Jesus Christ!!  We know that with His help, we can do all things!!!  We know that anything He asks of us, He has already prepared the way for our success if we are willing to listen and then to obey His instructions!  We rejoice in the season to celebrate His birth here on the earth and acknowledge His hand in all things.  We pray that our hearts will be soft enough to follow His counsel, listen to His prophets, and obey His commandments and recognize when we need to implement the great gift of His atonement in our lives! 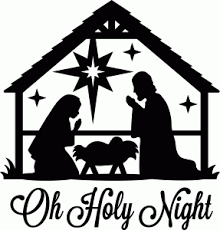 May you and yours enjoy this most magnificent holiday season, always remembering our Savior, Jesus Christ!